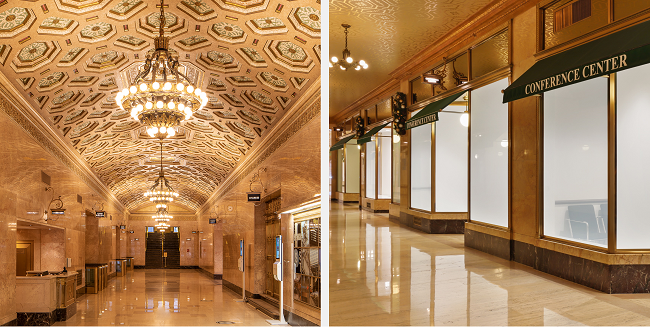 NEW YORK (Oct. 28, 2021) – Empire State Realty Trust (NYSE: ESRT) announced today that Davidson, Dawson, & Clark, LLP, a leading Trusts and Estates firm in New York City, has renewed their lease at One Grand Central Place. The lease for the 12,715-square-foot unit has been extended for 11 years.

“Our valuable relationship with ESRT was one component in our decision to extend our lease at One Grand Central Place,” said James Kelly, managing partner at Davidson, Dawson, & Clark, LLP. “The added benefit of the building’s amenities and prime location, along with ESRT’s commitment to healthy buildings and indoor environmental quality, made our choice to renew and extend our lease easy.”

“We are delighted that Davidson, Dawson, & Clark has extended our decade-long relationship for another decade with a renewal of their lease with us at One Grand Central Place,” said Thomas P. Durels, executive vice president, real estate at ESRT.

More information about One Grand Central Place, as well as current availability, can be found online.