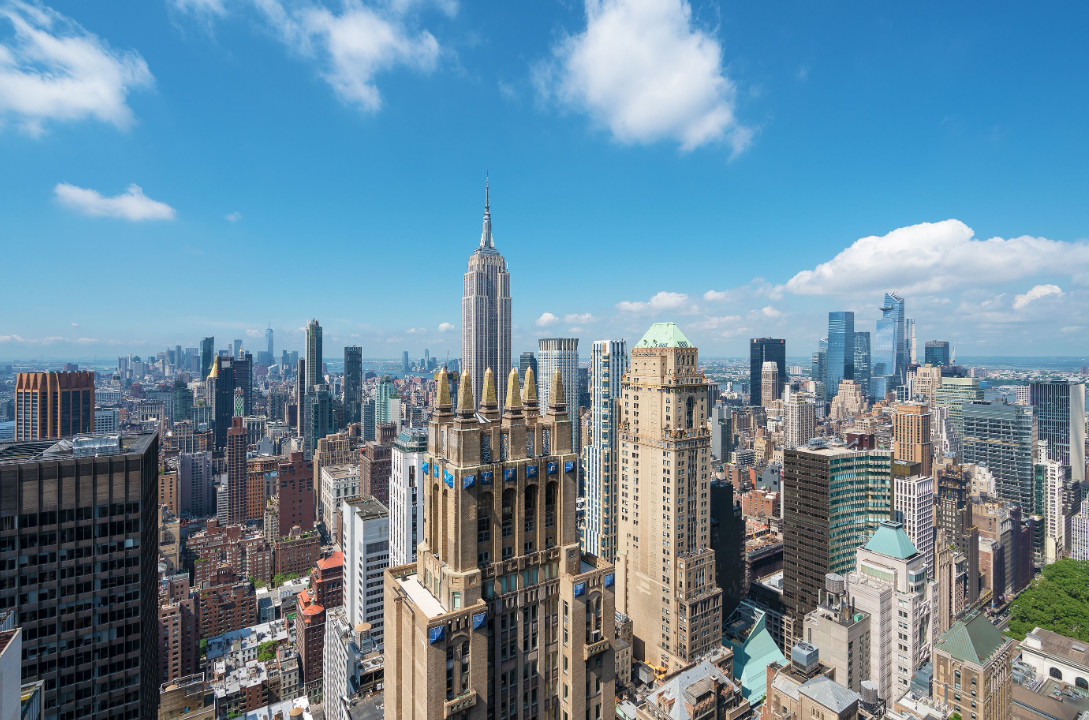 Throughout its storied history, ESB has played a special role in love stories around the world. Well known as the setting for iconic silver screen romances such as Sleepless in Seattle and An Affair to Remember, this Valentine’s Day, ESB will honor 10 couples and their love stories with a whirlwind day of weddings at the most famous building in the world. This annual occasion is the only day of the year couples can marry at the site USA Today readers chose as America’s “Best Place to Propose.”

Aruba Tourism Authority, a returning partner, will surprise one lucky couple with an all-expenses paid honeymoon. The randomly selected pair will enjoy a romantic five-night/six-day stay at the adults-only Bucuti & Tara Beach Resort to take in the sunshine, ocean and all that the “One Happy Island” has to offer.

Following their ceremonies, couples can enjoy the famous open-air views of New York City for photos with their guests before they are treated to an exclusive VIP breakfast at STATE Grill and Bar, located on the ground floor of the building.

The couples will have their individual ceremonies on the famed 86th floor Observatory throughout the day on Valentine’s Day as follows:

About Aruba
As one of the most revisited destinations in the Caribbean, Aruba — One happy island — is an island of contradictions, where pristine turquoise waters collide against the desert-like terrain of the north shore; where peace and relaxation coexist with wild and rugged adventures; where Dutch influence meets American ease and where a diverse history parallels a bright future. Nestled in the southern Caribbean outside the fringes of the hurricane belt, the island is just a two-and-a-half-hour flight from Miami, a four-hour flight from New York City and boasts year-round cooling trade winds with an average 82-degree temperature. Aruba offers beach-lovers, adrenaline junkies, relaxation-seekers and everyone in between a slice of paradise with breathtaking beaches, a booming culinary scene of over 300 restaurants with 25+ located ideally on the water, world-famous festivals and events, exciting land and water activities, art galleries and museums, sumptuous spas, championship golf, exclusive shopping and signature experiences such as cooling off in Conchi, Aruba’s natural pool— accessible only by foot or off-road vehicle. With all-inclusive options, boutique properties in charming Eagle Beach, high-rise branded resorts in Palm Beach and cosmopolitan city hotels in Oranjestad, the island of contradictions provides the perfect getaway for both first-time guests and loyal visitors. Visit www.aruba.com to learn more and engage with the brand at www.facebook.com/arubafans, @aruba on Twitter and @arubatourism on Instagram.

Forward-Looking Statements
This press release includes “forward looking statements.” Forward-looking statements may be identified by the use of words such as “believes,” “expects,” “may,” “will,” “should,” “seeks,” “approximately,” “intends,” “plans,” “pro forma,” “estimates,” “contemplates,” “aims,” “continues,” “would” or “anticipates” or the negative of these words and phrases or similar words or phrases. The following factors, among others, could cause actual results and future events to differ materially from those set forth or contemplated in the forward-looking statements: the factors included in the Company’s Annual Report on Form 10-K for the year ended December 31, 2014, including those set forth under the headings “Risk Factors,” “Management’s Discussion and Analysis of Financial Condition and Results of Operations,” “Business,” and “Properties.” While forward-looking statements reflect the Company’s good faith beliefs, they are not guarantees of future performance. The Company disclaims any obligation to publicly update or revise any forward-looking statement to reflect changes in underlying assumptions or factors, or new information, data or methods, future events or other changes after the date of this press release, except as required by applicable law. For a further discussion of these and other factors that could impact the Company’s future results, performance or transactions, see the section entitled “Risk Factors” in the Company’s Annual Report on Form 10-K for the year ended December 31, 2014, and other risks described in documents subsequently filed by the Company from time to time with the Securities and Exchange Commission. Prospective investors should not place undue reliance on any forward-looking statements, which are based only on information currently available to the Company (or to third parties making the forward-looking statements).