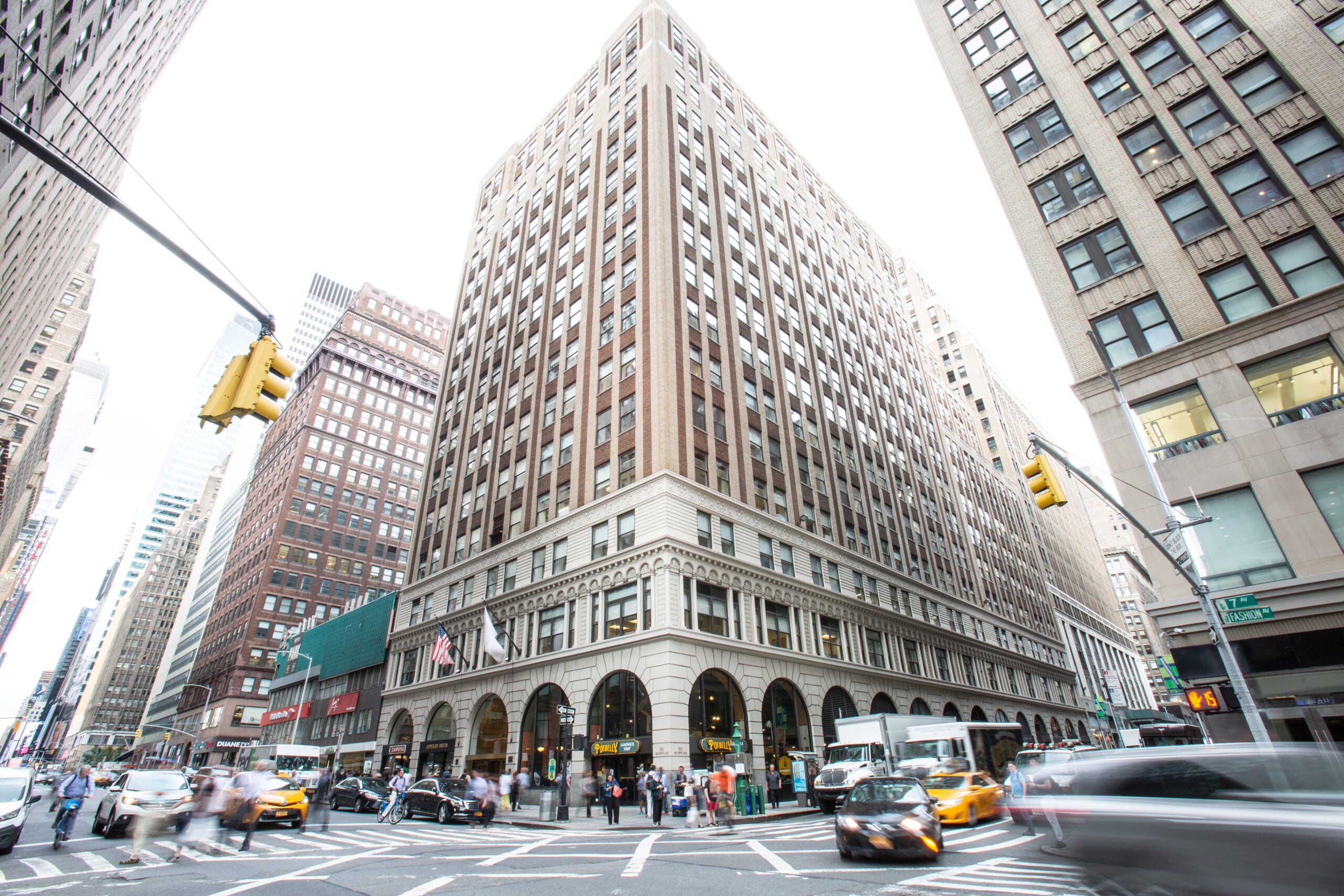 (L to R) The retail space at 10 Union Square; The property at 501 Seventh Avenue.

“Quality retail service tenants continue to be attracted to our retail stores located in bustling neighborhoods with high volume foot traffic where their businesses thrive,” said Fred C. Posniak, SVP, leasing at Empire State Realty Trust. “We are pleased to nurture established retail relationships as we continue to build our roster of high-quality retailers who also provide great amenities for our office tenants.”

More information about ESRT’s properties, and current availability, can be found online.

About Empire State Realty Trust
Empire State Realty Trust, Inc. (NYSE: ESRT) is a NYC-focused REIT that owns and manages a well-positioned property portfolio of office, retail and multifamily assets in Manhattan and the greater New York metropolitan area. Owner of the Empire State Building, the World’s Most Famous Building, ESRT also owns and operates its iconic, newly reimagined Observatory Experience. The company is a leader in healthy buildings, energy efficiency, and indoor environmental quality, and has the lowest greenhouse gas emissions per square foot of any publicly traded REIT portfolio in New York City. As of Dec. 31, 2021, ESRT’s portfolio is comprised of approximately 9.4 million rentable square feet of office space, 700,000 rentable square feet of retail space and 625 units across two multifamily properties. More information about Empire State Realty Trust can be found at esrtreit.com and by following ESRT on Facebook, Instagram, Twitter and LinkedIn.

This press release contains forward-looking statements within the meaning of the Federal securities laws. You can identify these statements by our use of words such as “assumes,” “believes,” “estimates,” “expects,” “intends,” “plans,” “projects” or the negative of these words or similar words or expressions that do not relate to historical matters. You should exercise caution in interpreting and relying on forward-looking statements, because they involve known and unknown risks, uncertainties and other factors which are, in some cases, beyond ESRT’s control and could materially affect actual results, performance or achievements. Such factors and risks include, without limitation, the current public health crisis and economic disruption from the COVID-19 pandemic, a failure of conditions or performance regarding any event or transaction described above, regulatory changes, and other risks and uncertainties described from time to time in ESRT’s and ESROP’s filings with the SEC, including those set forth in each of ESRT’s and ESROP’s Annual Report on Form 10-K for the year ended December 31, 2020 and Quarterly Report on Form 10-Q for the quarterly period ended March 31, 2021 under the heading “Risk Factors”. Except as may be required by law, ESRT and ESROP do not undertake a duty to update any forward-looking statement, whether as a result of new information, future events or otherwise.